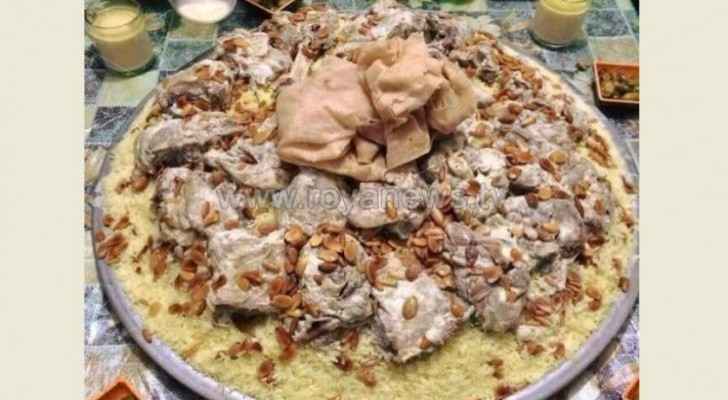 Spokesman for the Ministry of Agriculture, Lawrence al-Majali revealed on Monday, July 15, 2019, that Jordan had imported about 520 tons of hard dry yogurt, aka Jameed during the first half of this year.

"The local annual needs of Jameed are estimated at about 3,000 tons, where 350 of which are locally produced, while the other quantity is usually imported from various countries," Majali said during a phone call with Roya.

He pointed out that Jordan imports Jameed to raise the proportion of self-sufficiency of the total agricultural products, including various animal products and imported dairy products, notably Jameed.

Majali explained that Jameed is often made by the same Jordanian importers to ensure that it meets the Jordanian standard because most of the exporting countries do not produce Jameed for local consumption.

The supplementary quantities of Jameed required to be imported until the end of this year are based on field studies conducted by the Ministry and on the needs of the local market.

Majali also pointed out that low-cost meats will be imported to be provided to the low-income class and middle-income class.