Group of Jordanians attacked in Kazakhstan arrive in Amman

Group of Jordanians attacked in Kazakhstan arrive in Amman 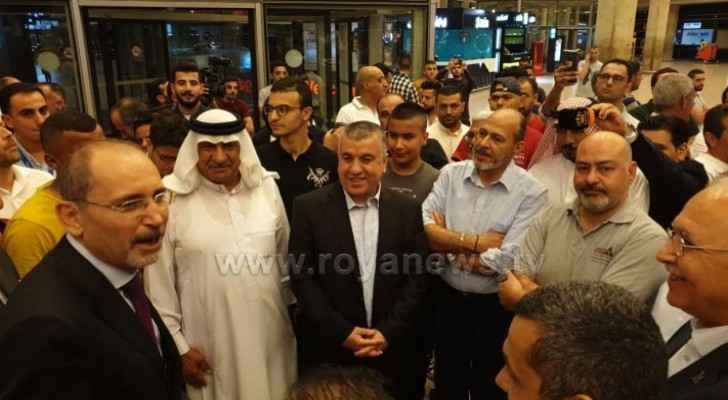 On the dawn of Tuesday, July 2, 2019, a number of Jordanian engineers and workers, who were attacked by a group of Kazakhs earlier on Saturday, have arrived in Amman.

Upon their arrival at Queen Alia International Airport, the Jordanian engineers were received by the Minister of Foreign Affairs and Expatriates, Ayman Safadi, deputizing for His Royal Highness Crown Prince Al Hussein bin Abdullah II, the Regent.

"About 41 of the 107 Jordanians, who wished to return on leave to Jordan without losing their jobs, had arrived in Jordan," according to the Foreign Ministry's statement.

Safadi conveyed Prince Al Hussein's greetings, who made every effort to ensure the security and safety of the Jordanians and followed up on the incident.

Safadi stressed that serving the citizens and providing all support to them is a priority, as the Ministry would spend all its efforts to implement the directives of His Majesty King Abdullah II.