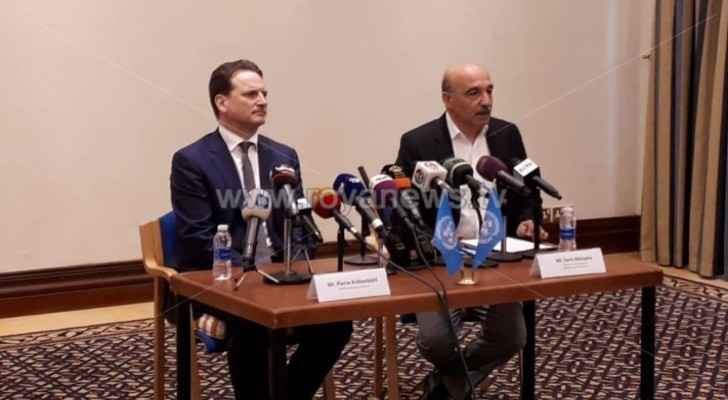 Jordanian Minister of Finance, Ezzeddine Kanakiria said that the meetings with the IMF delegation come within the regular visits of the delegation to Jordan to discuss the financial reform program currently being implemented in cooperation with the IMF.

Kanakiria emphasized that the meeting tackled the economic indicators, which indicate the growth of exports and tourism during the previous period of 2019 and the measures aimed at boosting economic growth, including financial indicators aimed at maintaining the deficit target and reducing the debt of the GDP ratio, and the preparation for the third review, which will be in September of this year.

He explained that other meetings will be held during the visit and the delegation will hold several visits and meetings to some ministries, government institutions and economic entities during the current visit, which is expected to end next week.