29 Palestinians killed during last May 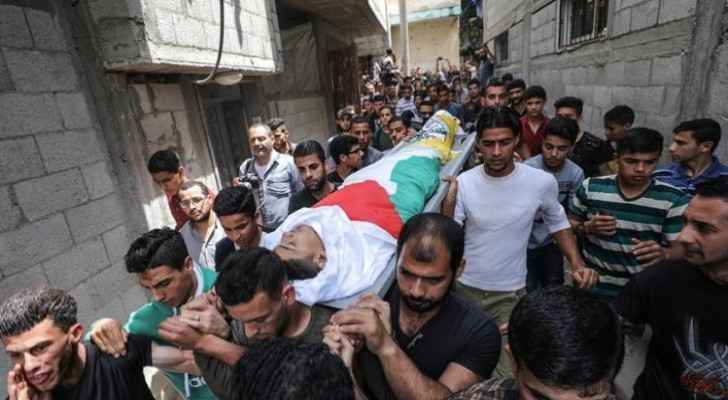 Palestine Liberation Organization (PLO) released a report on Monday, June 20, 2019, which indicated that about 29 Palestinians were killed and 312 were wounded by Israeli fire during last May.

The report showed that among the 29 people killed, 27 from the Gaza Strip were killed as a result of Israeli air strikes on unarmed citizens and residential buildings, including a paramedic, four women, two pregnant women, and four children.

However, in the occupied West Bank, two Palestinians were killed by Israeli forces, under the pretext of attempting to carry out stabbings and assaults against the occupation soldiers.

During the same month, the report indicated that the Israeli forces injured about 312 Palestinians as a result of Tel Aviv's aggression on the Gaza Strip, as well as attacks on citizens, who were severely beaten during detention, and as a result of suppressing peaceful marches in areas threatened to be taken over for settlement activities.