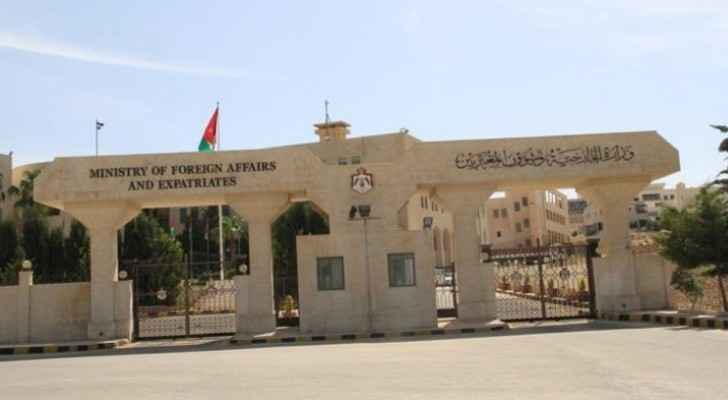 Jordanian Ministry of Foreign Affairs and Expatriates condemned on Sunday, June 2, 2019, the ongoing Israeli assaults on Al Aqsa Mosque and the recurrent raids by extremists and settlers, done under the protection of the Israeli occupation soldiers.

Spokesperson for the Ministry, Sufian Qudah reiterated that Israel, as an occupying power, must abide by its obligations under international law and respect the historical and legal status quo of Haram Al Sharif, as well as the worshippers’ rights and sentiments, especially during the holy month of Ramadan.

Qudah has called on the international community to take action and hold its responsibility in this regard.

He also called on the Israeli authorities to immediately halt provocative actions, holding it fully responsible for the safety of the mosque and the worshippers.

Qudah explained that the Ministry has lodged a letter of protest to the Israeli government, through diplomatic channels that carried Jordan’s condemnation of the provocative Israeli actions against the holy sites, and demanded their immediate cessation.