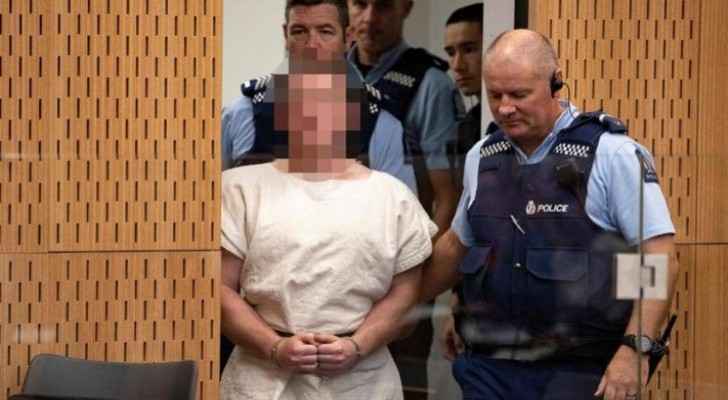 The Australian Brenton Tarrant accused of killing 50 worshippers in two Christchurch mosques in New Zealand earlier this month, has filed a formal complaint about prison conditions.

The 28-year-old suspect has been jailed at Auckland Prison in Paremoremo since he was charged with murder for gunning down 50 Muslim worshippers at two mosques on March 15.

Tarrant has reportedly lodged a complaint to contest his situation in prison where he is currently not permitted visitors, phone calls, or access to television or newspapers, according to the Stuff news website.

"According to New Zealand's Corrections Act, inmates are entitled to making outgoing phone calls, sending or receiving mail, medical treatment, bedding, food and drink, access to visitors, access to information and education, among other things; however, Tarrant is currently under constant observation and isolation. He does not get the usual minimum entitlements. So no phone calls and no visits," a source told the publication.

The law also states that a prisoner can be denied these rights if there is an emergency in the prison, for example, if the security of the prison is threatened, or the health or safety of any person is threatened.

It is unknown if Tarrant has fallen under these exceptions or not.

A legal expert stated that Tarrant's complaint could be well founded as the "rule of the law applies" to all prisoners.

Tarrant is currently under the watchful eye of prison guards and for 24 hours a day as he is kept in his cell segregated from other inmates. He is allowed access to a small yard, made up of concrete walls and floors, connected to his cell for one hour a day, the source said.

The suspected gunman was charged with one count of murder on March 16 and is expected to face additional charges when he stands in court on April 5.