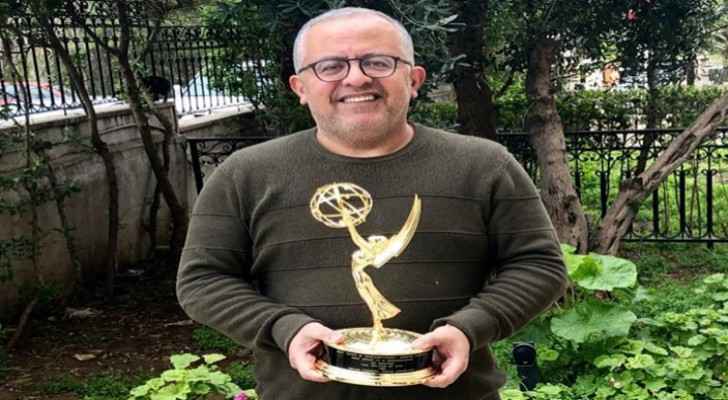 The Jordanian journalist Amjad Tadros was fined JDs 135 by the Jordan Customs Department after winning the prestigious News and Documentary Emmy Award in October 2018.

The Jordan Customs contacted Tadros to inform him that he must pay JDs 100 for customs duties and JDs 35 for customs clearance fees in order to receive the award.

"Creativity in Jordan is taxed. Who wants to become an innovator, should make it outside Jordan," Tadros said in a statement to Roya.

Amjad Tadros has won the prestigious News and Documentary Emmy Award for his work in CBS’s “60 Minutes” for the documentary “The Wounds of War”.

The documentary deals with the work of the doctors and emergency workers in the Syrian city of Aleppo.

Amjad Tadros is the Middle East Producer at CBS News since 1990 and has received numerous international awards: four Emmy awards in Investigative Journalism, two Alfred Dupont Award's for Excellence by the University of Columbia in New York, and The George Foster Peabody Award.

Throughout his career, Tadros worked in the Middle East’s hotspots, covering wars in Iraq, Lebanon, Yemen, and the Syrian crisis. He was also a witness to the events of the so-called "Arab Spring" in Libya and Egypt. He was also a member of the first television team to enter Yemen and cover the current events. Tadros held the first television interview with the Saudi Crown Prince, Mohammad Bin Salman Al Saud, and with the Amir of Qatar, Sheikh Tamim bin Hamad.

In 2013, Tadros founded “Syria Direct”, a Syrian-based, non-profit, independent press organization that trains “Syrian journalists in professional newsgathering to produce timely, credible coverage of Syria,” and that helps Syrians find truth in the news about what is happening in their country.