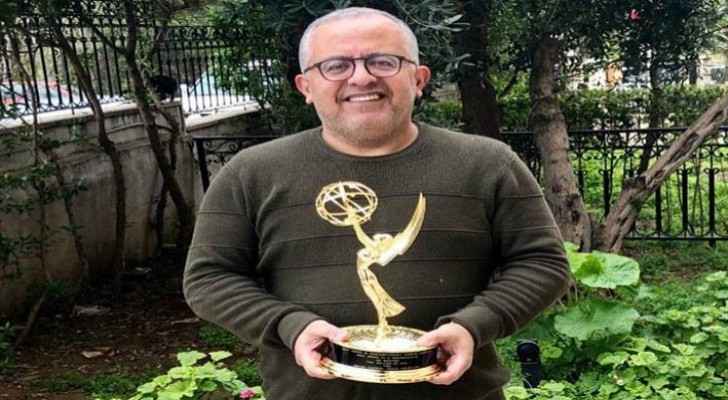 The Director General of the Jordan Customs Department, Abdul Majeed Al-Rahamna decided on Wednesday, March 27, 2019, to form an investigation committee to investigate the case of "imposing a fine on the Jordanian winner of the 39th News and Documentary Emmy Awards, Amjad Tadros."

The prize package received to the Customs contained a copper shield weighing 7 kilograms, which was received by the freight shipping company (DHL), and the freight forwarding company completed all customs procedures after informing the owner of this, according to the Jordan Customs.

The Jordanian journalist Amjad Tadros was earlier fined JDs 135 by the Jordan Customs Department after winning the prestigious News and Documentary Emmy Award in October 2018.

The Jordan Customs contacted Tadros to inform him that he must pay JDs 100 for customs duties and JDs 35 for customs clearance fees in order to receive the award.

"Creativity in Jordan is taxed. Who wants to become an innovator, should make it outside Jordan," Tadros said in a statement to Roya.

Amjad Tadros has won the prestigious News and Documentary Emmy Award for his work in CBS’s “60 Minutes” for the documentary “The Wounds of War”.