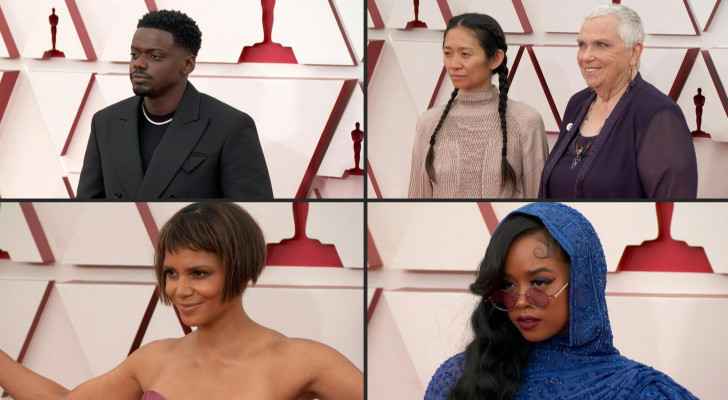 After more than a year since the start of the coronavirus crisis, the world's biggest movie stars hit the red carpet Sunday for the 2021 Oscars. Due to the pandemic, over the past year celebrities had been forced to dress up and virtually accept their awards from the comfort of their home, but not this time.

The ceremony was held nearly two months later than expected in downtown Los Angeles. Chloé Zhao became the first woman of color and the second woman in history to win the best director award. Yuh-Jung Youn became the first Korean actress to win an acting Oscar.

The Palestinian film 'The Present' lost in the Short Film (Live Action) category to 'Two Distant Strangers.' April 11, 'The Present' won the British Academy of Film and Television Arts (BAFTA) award for Best Short Film of 2021. It was produced by Philistine Films with Farah Nabulsi as the director and Ossama Bawardi as the producer.

In her BAFTA acceptance speech, Nabulsi said, “For anyone who has seen this film, you would know why I dedicate this award to the people of Palestine.”

The 24-minute film depicts the everyday struggles of Palestinians living under occupation through the lense of a father and daughter attempting to buy a gift for the girl’s mother.

Below is the complete list of winners for the 93rd Academy Awards: