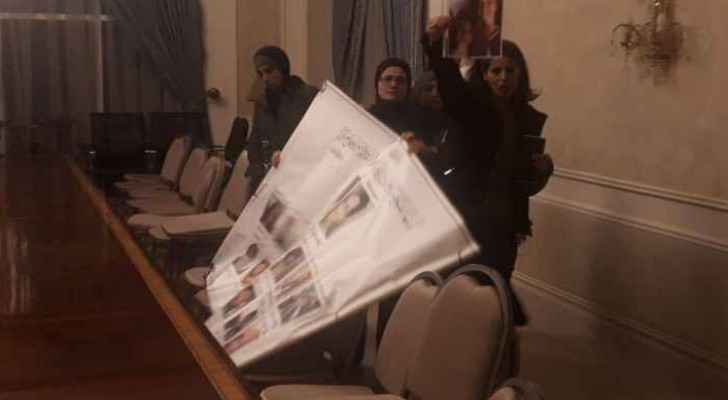 A number of families of the Dead Sea victims headed on Wednesday, March 20, 2019, to the official Prime Minister's office after a press conference held by a number of Jordanian ministers to discuss the government's actions following the Dead Sea tragedy, which occurred in October 2018.

Martyrs' families said that they were prevented from entering the building during the conference; however, they entered after it ended in order to protest against the Jordanian government's statements and actions. Families also expressed their resentment of not being invited to attend the conference.

Families met with the Minister of State for Media Affairs and the government spokesperson, Jumana Ghunaimat while carrying banners and pictures of their children, victims of the Dead Sea incident.