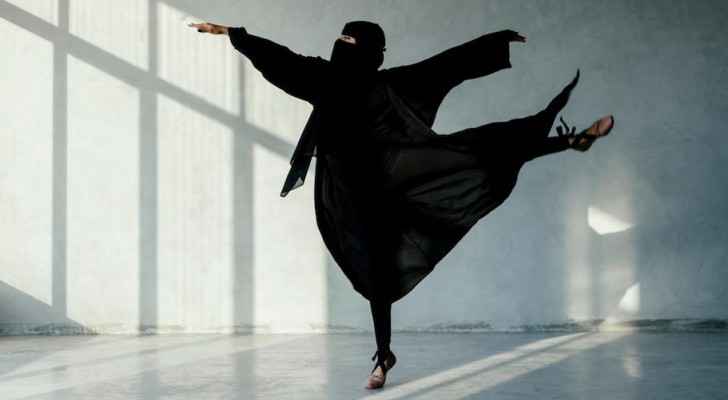 Some questioned the significance behind the photos taken by Saudi photographer Abdullah Al Mushrif, while others praised the beauty of his work.

In one of the photos, the sun shines into an empty room where the woman, wearing a burqa and pink ballet shoes, performs smooth ballet moves. The photographer published the photos on his personal Instagram account without adding captions to explain the meaning behind them, which raised many questions.

His followers tried to figure out the message behind these photos, some of them described it as "silly" while others demanded the photographer to add a caption to explain his purpose behind taking these photos. Al Mushrif told CNN Arabia that the meaning behind photos is often understood when there is a caption, which leaves no space for discussion.

Al Mushrif said that modern art is subjected to such reactions adding that “I do not support this, as much as I try to change the stereotype of what a woman can and can not do.”

Controversy on Lina Annab's appointment as ambassador in ....