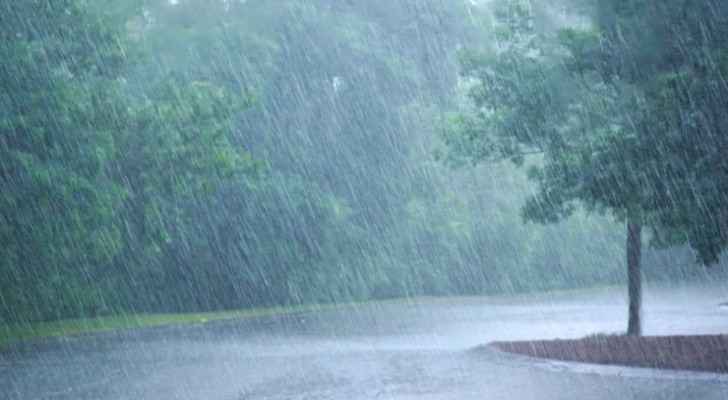 Head of the Jordan Meteorological Department (JMD), Hussein Momani said that during daytime on Wednesday, 13, 2019, the weather will be generally warm in most regions of the Kingdom, with some scattered clouds and a slight chance of rain showers in the western parts of the Kingdom.
Southern-westerly winds are expected, causing dust to rise in many areas.

As of Wednesday night, a cold air mass is expected to hit Jordan, causing a remarkable decrease in temperatures.
Mostly cloudy skies are predicted, bringing rainfall in the northern and central parts of the Kingdom that might be heavy at times and accompanied by thunderstorms and hail showers.
Torrential rainfall might cause floods to occur in the valleys and lowlands.

Momani stressed that the cold air front will last until Thursday, causing another drop in temperatures, cold, rainy and cloudy weather in most parts of the country.

Momani called on citizens to take precautions and to stay away from valleys, lowlands, and watersheds, where floods are likely to occur.