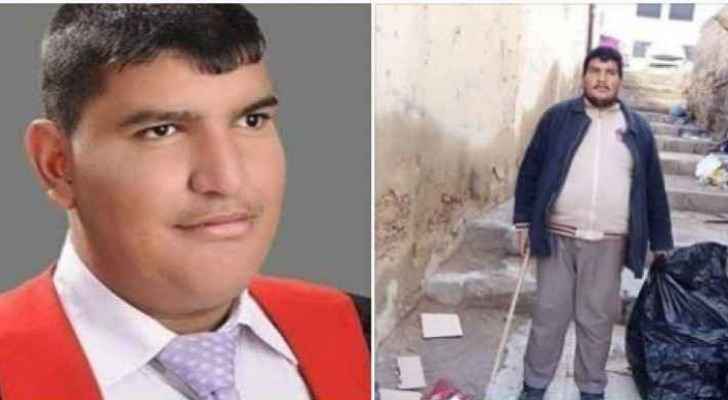 The university graduate Bilal Al Thunibat, who has earlier graduated with an excellent GPA from Mutah University and had to accept a job which does not suit his qualifications as a sanitation worker, with all due respect to sanitation workers, announced that he has joined the General Directorate of Gendarmerie on Sunday, March 10, 2019.

Thunibat said in a post on his Facebook account, "With all pride and honor, I began my new job today at the General Directorate of the Gendarmerie/the Moral Guidance Directorate, which I aspire to serve with all sincerity and dedication. Thank you to the Director General of Gendarmerie Major General Hussein Al-Hawatmeh. I promise God and His Majesty King Abdullah II, the Supreme Commander of the Jordan Armed Forces-Arab Army, the Major General Hussein Al-Hawatmeh and my colleagues at the Moral Guidance Directorate to remain loyal to God, the homeland and King Abdullah and to do my work sincerely. "