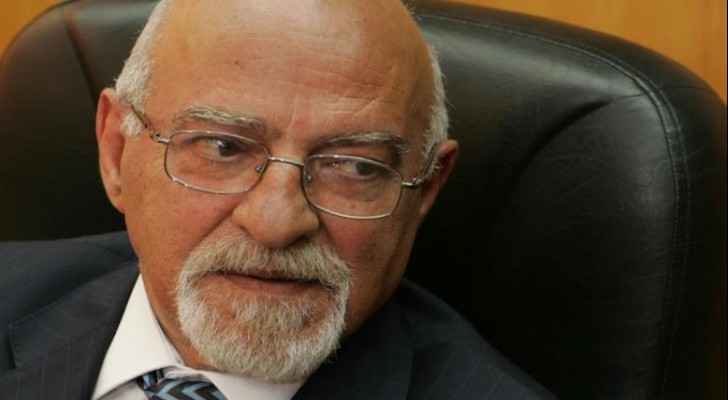 Jordanian actor Nabil Al Mashini, best know as ‘Abu Awad’ for his role in the television drama series ‘Haret Abu Awad’, passed away on Saturday at the age of 80.

Mashini was born in 1939 in Jerusalem to an artistic family, and began his career in media, working as an anchor at the Jordan Radio and Television Corporation.

His acting career is perhaps what he's best known for, as it spanned for more than 45 years, with Mashini taking on roles in several television, radio and theatre shows.

His most famous roles were in Bedouin TV drama series, including Ras Ghlais, Wadha Wa Bin Ajlanand Nimer Bin Adwan, as well as the local series Haret Abu Awad, and a number of theatrical works. He also headed the Jordanian Artists Association, and was known for presenting social causes in a critical way while working in the media.

After he passed away tributes flowed in on social media.

Bisher Al-Khasawneh, Ambassador of Jordan to France and UNESCO, tweeted: "With the death of our towering Jordanian actor Nabil Mashini, Jordan and Jordanian drama lost an exceptionally talented and commanding figure."

The Jordanian Artists’ Captain Hussein Al Khatib wrote on his Facebook page: "Our condolences to his family, our artistic family, his audience.”

The head of Sayegh Group, Michel Sayegh, praised the artist Abu Awad through his Twitter account, saying: "The Jordanian smile maker with his simplicity and beautiful spontaneity. The Jordanian and Arab artistic scene lost one of the most important artistic figures, that gave a lot.”

The Jordanian singer Diana Karazon tweeted saying: “The Great Jordanian Artist Nabil Al Mashini passed away. May God have mercy on him”.

The Jordanian actor Musa Hijazin, known as ‘Somaa’, mourned Mashini through a post on his personal Facebook account saying: “My eyes are filled with tears before I say to your pure soul goodbye. Goodbye Abu Tariq you were a father, teacher and a role model”.

Hijazin added, “You opened your heart to all of us in ‘Haret Abu Awad’ when you held my hand and led me to the paths of art and meaningful drama”.

General Manager of Abu Dhabi Media Company and Editor-in-Chief of Emirates News 24, Ali Bin Tamim, tweeted: “Nabil Al Mashini the pioneer of the Jordanian drama and its foundation, you passed away but left your unforgettable imprint. His art will remain inspiring, magical and engraved in the memory. May your soul rest in peace and may God bless your family with patience.”

On another note, starting this Sunday, Roya will be airing the series ‘Haret Abu Awad’ in honor of Mashini.