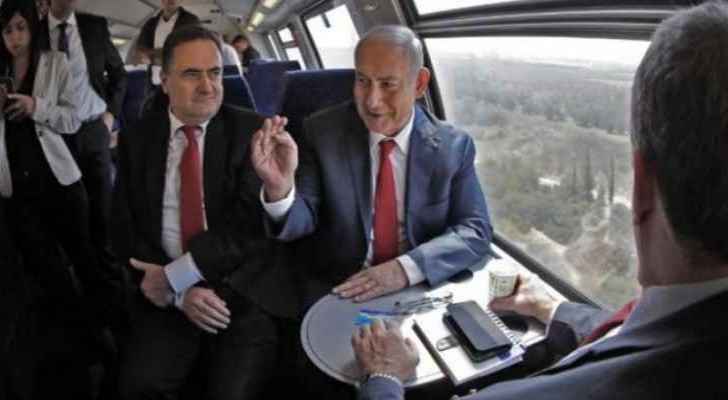 Palestinian official Hussein al-Sheikh rejected an Israeli offer to establish a railway link between Israel and several Arab states that would go through the West Bank, according to the Israeli news site “i24 News”.

"Israel offered us the chance to participate in a railway scheme linking Haifa to Jenin to a number of Arab capitals," the Palestinian Authority's Civil Affairs Minister said on Twitter.

"But we rejected the offer," al-Sheikh said. "We won’t normalize relations with Israel and we won’t take part in economic solutions that perpetuate the occupation."

The site pointed out that the railway is an Israeli initiative unveiled by transportation minister, Israel Katz in 2017, which would make Israel a bridge between Europe and the Middle-East.

The plan, called “Tracks for Peace,” would see Israel build a rail link between the major port of Haifa to Amman, Jordan, via the West Bank. Connecting into the Jordanian rail system would then build a direct connection to Saudi Arabia and the Gulf.

The US Middle East Envoy Jason Greenblatt showed the US support for “Tracks for Peace,” through his twitter account where he tweeted: “Today [Israeli] Transportation and Intelligence Minister Israel Katz is in Oman at an international transportation event. He will present a plan for the construction of a railway between Israel, Jordan, Saudi Arabia and the Gulf. Let us keep the dialogue going. These efforts support our efforts.”

A Middle East rail line would be a “dramatic development that may affect many countries in the region”, Katz’s office said. He has spent two years gaining supporters for the plan, including Arab officials in the region, according to the Jerusalem Post.

Innovative idea to invest in Amman’s ....