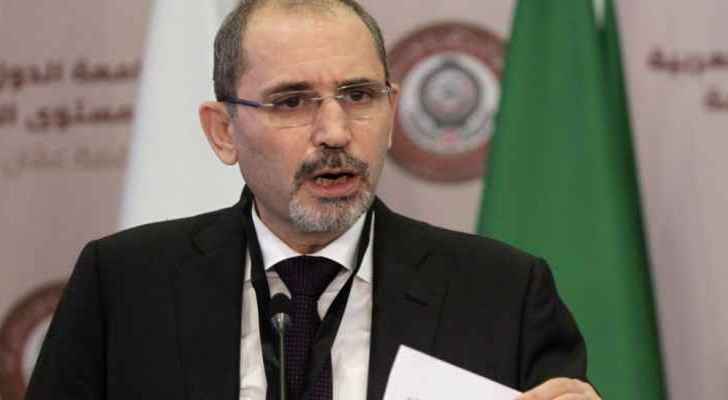 Jordanian Minister of Foreign Affairs and Expatriates Affairs Ayman Safadi said that Jordan will not control or monitor the US Al-Tanf military base in Syria near the borders after the US withdraws its forces.

According to Sputnik, in response to a question on whether the base would be handed over to Jordan following the withdrawal of US forces, Safadi said: "No, Al-Tanf is an area inside Syria."

Safadi said Jordan would protect its borders but would not cross into Syrian territory. "We hope to hold three-way talks to agree on arrangements to ensure security on the other side of the border," Safadi said.

"We will take the necessary measures to protect our security and we will remove any threat, but the arrangements on the other side of the border after the withdrawal should be agreed upon by all parties," he said.

In a related context, Safadi said he hoped the arrival of the convoy of international aid to the Rukban refugee camp comes as soon as possible and pointed to talks with Russia and the United States on the dismantling of the camp.

"We are continuing discussions about allowing the second humanitarian convoy to come from inside Syria for some time, and we hope that an agreement will be reached soon so that the needs of the camp residents are met," Safadi said.

"The focus should not be limited to the provision of humanitarian aid, which is a temporary solution, but the problem must be solved by dismantling the camp and allowing its residents to return to their towns and villages," he said.

Safadi said that discussions are underway with the Russians and the US in this regard for implementation as soon as possible.

US General: American citizens should be proud of our ....

US General: American citizens should be proud of ....

US General: American citizens should be proud ....

US General: American citizens should be ....

Soldier pleads 'not guilty' to manslaughter of 3 US ....

Soldier pleads 'not guilty' to manslaughter of 3 ....

Soldier pleads 'not guilty' to manslaughter of ....