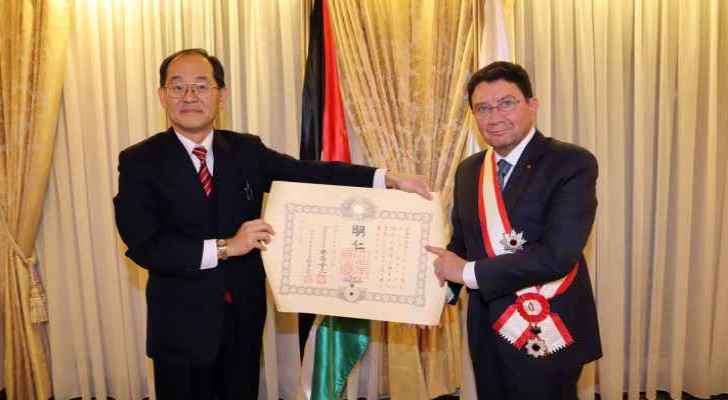 Japanese Emperor Akihito awarded Jordanian Dr. Taleb Rifai with the Order of Rising Sun medal for his great efforts in supporting and developing tourism in Japan during his tenure as Secretary-General of the World Tourism Organization.

The medal, signed by Emperor Akihito, is one of the highest honors awarded to heads of state and prominent figures.

Japanese Ambassador to Jordan, Hidenao Yanagi, held a reception in his home in Amman yesterday evening in the presence of a number of princes, officials and media figures where he awarded Rifai on behalf of the Japanese Emperor.

The Japanese Ambassador stressed the importance of the role played by Rifai in the progress of the Japanese tourism industry, where today it receives tens of millions of tourists and has become an important tourist destination.

The Ambassador stressed the depth and strength of the distinguished relations between the two friendly countries, in various fields and at various levels.