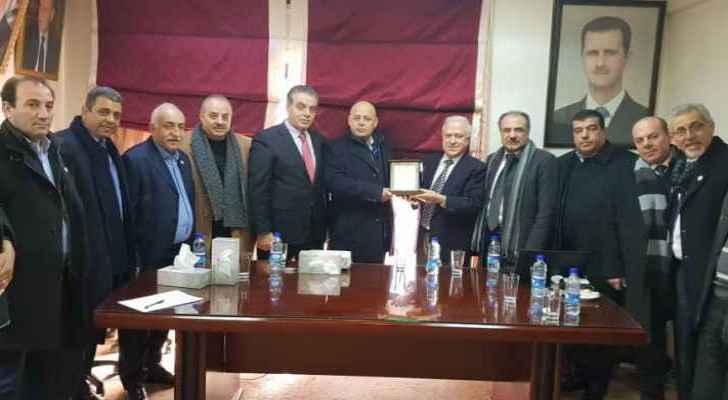 The Jordanian Construction Contractors Association (JCCA) and its Syrian counterpart formed a joint committee to discuss means of facilitating Jordanian contractors’ contribution to Syrian reconstruction projects, investment and the mutual recognition of the contractors in the two countries.

A delegation from the JCCA, headed by Chairman, Ahmed Al-Yaqub, concluded a visit to the Syrian capital Damascus on the invitation of the Syrian Contractors Association.

During the meeting at the Damascus Hotel, the two associations discussed the mechanism of cooperation and legal articles to be amended in order to facilitate work between Jordanian and Syrian contractors.

Yaqub praised the welcome received by the delegation from the Syrian side, which reflects the warmth of brotherly relations between the Jordanian and Syrian people.