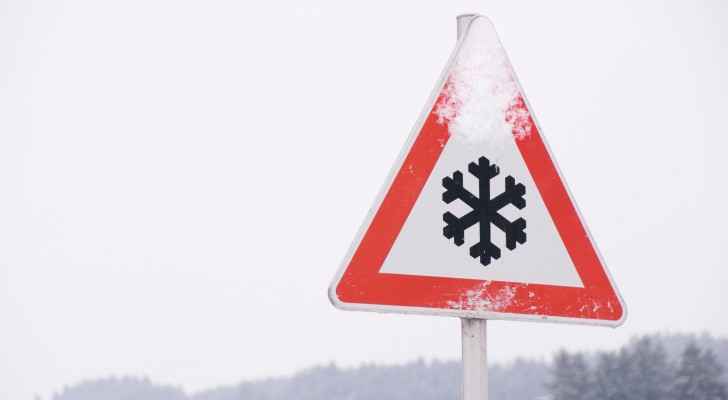 More warnings have come through today from weather forecasters about the expected freezing weather conditions set to hit the Kingdom on Wednesday, 16 January.

The Jordan Meteorological Department (JMD) has warned citizens about a cold front travelling from north Syria, which will reportedly bring along with it plenty of snow - but only in certain areas.

During the daytime, temperatures are expected to drop significantly, meaning extremely cold weather and partly cloudy skies, with a chance of rain showers in the northern parts of the country.

In the afternoon, heavy rainfall is forecast to extend to various parts of the Kingdom and may be accompanied by hail and thunderstorms.

In the evening and late into the night, northern, central and southern highlands of the Kingdom, which are more than 900 meters above sea level, are expected to witness snowfall.

Strong winds are also expected to come through and may exceed 80 k/h, causing dust to rise, especially in the Badia region.

Accordingly, the Civil Defense Directorate (CDD) has issued a statement in which it called on citizens to stay indoors during snowfall, and to only leave if absolutely necessary.

The CDD has also urged citizens to use the various types of heating safely, provide appropriate ventilation from time to time, and to drive safe, especially in highland areas due to frost formation.

The CDD has further confirmed its readiness to deal with the upcoming weather depression and urged citizens to call 911 in case of emergency.

The JMD and CDD have advised citizens to stay away from valleys, lowlands, and watersheds, where flash floods may occur.