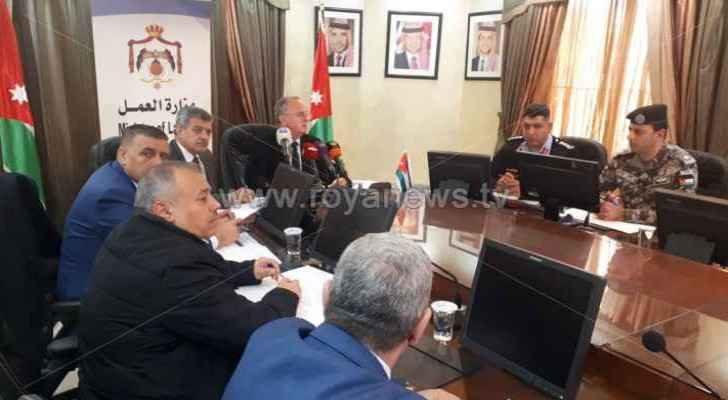 During a press conference held on Monday, January 14, 2019 in the Ministry of Labor, the Jordanian Minister of Labor, Samir Murad announced that Tuesday, January 15, will be the first day of receiving applications for the “Khedmet Watan” (Serving the Nation) program, which was launched earlier this month by the Jordanian Prime Minister, Omar Razzaz.

Applicants can submit their applications in 131 offices identified by the program's executive committee, which include the Vocational Training Directorate/Vocational Training Corporation (VTC), training institutes/National Company for Employment and Training (NCET), and the offices of the Jordanian Hashemite Fund for Human Development.

As of tomorrow afternoon, youth can also fill out the online application on khedmetwatan.jo, Murad said, adding that the website will not be available on mobile phones until further technical processes complete.

Murad pointed out that applicants will be allowed to register for a specific period of time, and that the deadline will be announced later to select 3000 trainees, 2500 of which will be male and 500 female.