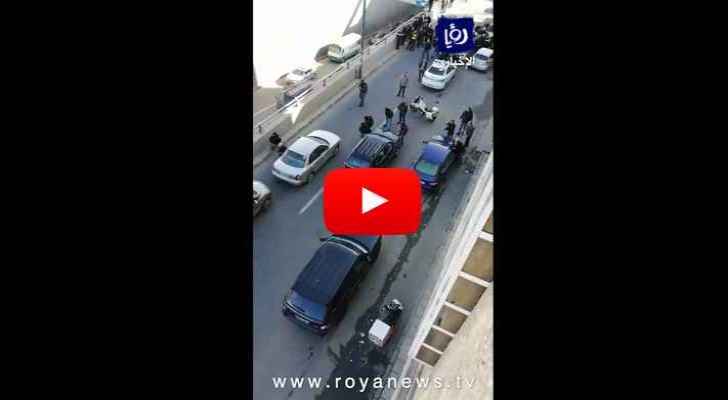 A Public Security Directorate (PSD) spokesman stated that three people were arrested in the vicinity of the seventh circle in Amman on Monday, January 7, 2019.

The security spokesman said that a traffic officer attempted to stop a suspicious car bearing a fake number plate when the driver refused to cooperate and tried to escape. The Criminal Investigation Department (CID) special team was notified immediately and two of the three surrendered to security forces, while the third started firing shots with his gun.

In order to maintain public safety, security forces took the appropriate measures to subdue the gunman, who was then transferred to the hospital.

The injured gunman was found to have been charged for 47 crimes in the past and wanted on two charges, one of the other two also has a criminal history and is wanted by the PSD.
An investigation into the incident is ongoing.