Bakery Union: Unreasonable to accept citizens to feed their children at the expense of bakers

Bakery Union: Unreasonable to accept citizens to feed their children at the expense of bakers 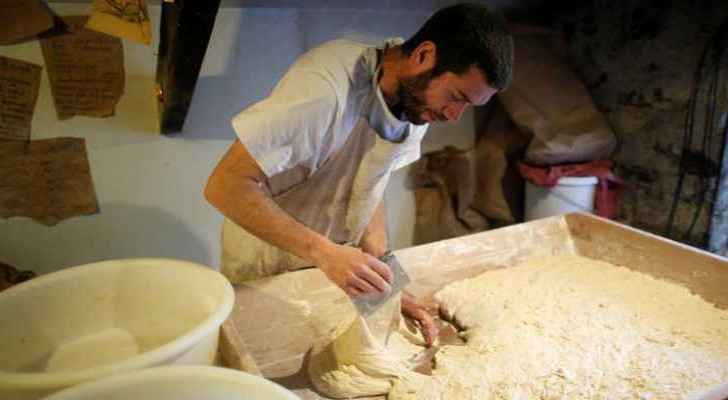 Bakery owners complained about low demand for bread, while Bakery Union chief Abdulla Hamawi said it was unreasonable to accept Jordanians to "feed their children at the expense of bakers."

A few days ago, the Bakery Union submitted claims to the Ministry of Industry and Trade, which Hamawi described as fair and legitimate.

Among these demands, according to Hamawi, is the reduction of the price of flour and demand for equalization of work permits in bakeries similar to that granted in the agricultural sector.

Hamawi denied the claim of bakery owners raising price of bread, considering that this is not within its competence.

He stressed that the union does not accept the government's decision to compromise a sensitive issue like bread.

He said that since the government announced lifting bread subsidies at the beginning of this year, a decrease in bakery production has been witnessed because of the poor purchase power of citizens. He added that a large proportion of citizens living in villages and governorates have resorted to home baking.

Hamawi described that what happened to the owners of bakeries was a "great injustice" as the savings achieved by the government due to lifting bread subsidies was at the expense of bakery owners.