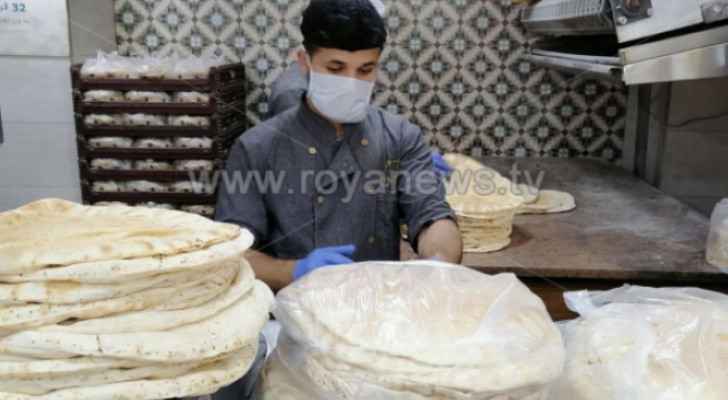 Jordanians called on the government to reinstate the bread subsidy program, which ended in 2020 after three years. Approximately, one million families benefited from the bread subsidy, which costs JOD 27 per person.

The Minister of Social Development Ayman al-Mufleh said that reinstating the bread subsidy is highly unlikely. He pointed out that the government continues to develop programs to support underprivileged families, in light of the coronavirus pandemic.

Mufleh said the government spoke about economic support packages Wednesday and the bread subsidy project has been completed. He noted that there are other programs that financially aim to support the same target groups.

Notably, the Income and Sales Tax Department disbursed the subsidy amounts for the first two years of the program, then the National Aid Fund took over for one year.

Government to announce date for bread ....