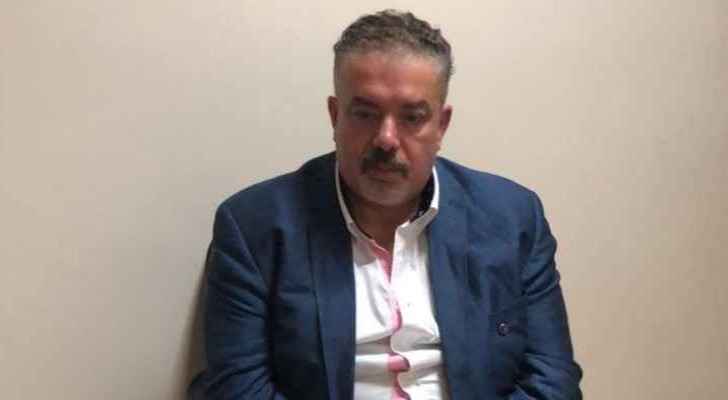 Minister of State for Legal Affairs, Mubarak Abu Yamin, announced the arrival of the main suspect of the tobacco factory case, Awni Mutee, to Jordan aboard a private plane which was rented by the Jordanian government.

During an interview on Nabd al Balad on Roya Tv, on Tuesday evening Abu Yamin said, Mutee was transported by private plane to ensure his arrival without any problems on Monday 9:30pm.

He stressed that His Majesty the King issued instructions to the Prime Minister and all departments to make all efforts to follow up on the case, and retrieve Mutee.

He noted that the King had called Turkish President Erdoğan last Thursday in order to discuss Mutee’s retrieval through administrative procedures by the Jordanian and Turkish governments.

MP Musleh Al-Tarawneh said during Nabd al Balad that the administrative retrieval and not a judicial one is a Jordanian achievement for His Majesty the King.

Al-Tarawneh pointed out that the Jordanian treasury could have gained millions in tax revenue if it wasn’t for Mutee.

The Jordanian Government said that His Majesty King Abdullah II personally led the official efforts exerted at the highest political levels to retrieve Motee. His Majesty's efforts and contacts with Turkish President Erdogan played a major role in the response of the Turkish authorities to the Jordanian official efforts.

The Jordanian Government explained that an investigation formed immediately consisting of the Ministry of Foreign and expatriates Affairs, Ministry of Justice, Military Justice, General Intelligence and Public Security, to follow up after Mutee departed Jordan to Lebanon, Turkey, then Georgia, then return to Turkey to settle in one of Istanbul's neighborhoods. Accordingly, intensive and urgent communication was conducted through various diplomatic and security channels with the Turkish authorities.

The Jordanian Government pointed out that Turkish authorities responded favorably to the efforts of the security departments to retrieve the suspect, as they arrested him immediately after being informed of his presence. A specialized Jordanian security team had been sent to Turkey to discuss all legal and diplomatic options to ensure the retrieval of Motee.

Government stressed that this issue affirms, without any doubt, that the fight against corruption is a consistent institutional approach, and efforts in fighting corruption are continuous and urgent which is derived from the directives of His Majesty King Abdullah II, who always encourages to fight corruption and break its back, and that the law is above everyone.

As soon as the main suspect of the famous tobacco case was retrieved, four Jordanian lawyers announced the beginning of the defense procedures at court. This coincides with the Minister of Justice's assertion that Mutee’s case will not be included in the general amnesty.

The tobacco scandal was disclosed after parliamentary statements and reports of complaints from international tobacco manufacturers, after which the government pledged to reveal all information regarding the case and to hold accountable anyone found involved.

Public opinion erupted against the government after it was found that the main suspect of the case was able to leave the country before security forces moved to arrest him, after which the government began procedures in order to retrieve him.

One of the main suspects involved in 'tobacco case' ....

One of the main suspects involved in 'tobacco ....

One of the main suspects involved in 'tobacco ....

One of the main suspects involved in ....