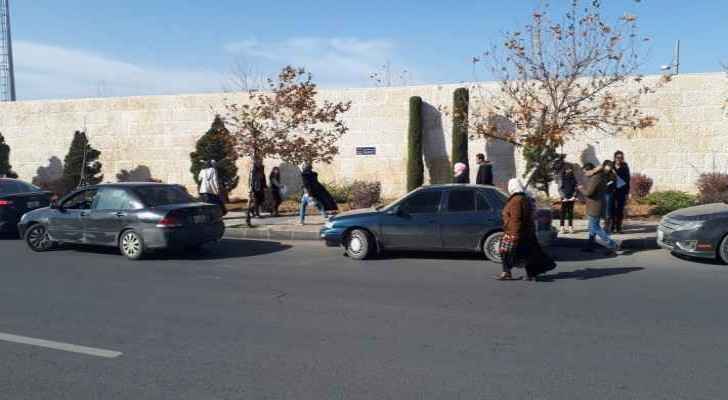 Families of Dead Sea tragedy victims in a stand in front of the Al-Husseiniya Palace in Amman, called on His Majesty King Abdullah II to hold accountable those who have been proven responsible by the Parliamentary Inquiry Committee investgation, on early Monday, December 17, 2018.

Issawi promised the families to meet with His Majesty the King and discuss their demands.

Victim’s parents told Roya that, “His Majesty promised to hold accountable those responsible, so we came here to ask him to get our children’s rights back.”

The Dead Sea tragedy, which took place on October 25, 2018, took the lives of 22 people and injured 35 others as a result of flash floods that raided the area.