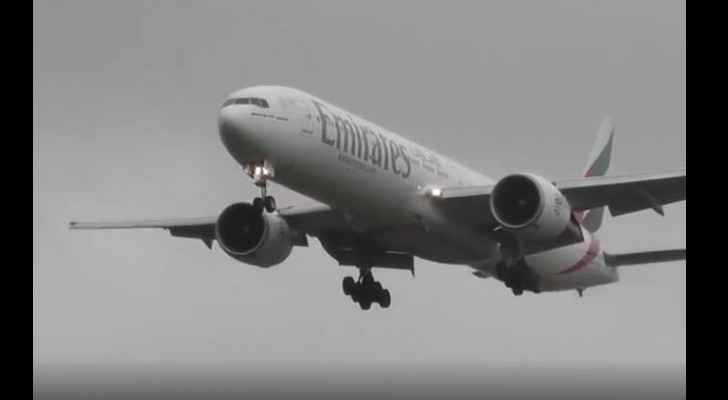 An Emirati airplane made a heroic landing in its second attmept during very turbulent weather, in Newcastle Airport in England, on November 30, 2018.

The Emirates Boeing 777, arriving from Dubai had to take off as soon as it landed, aborting its first attempt, as it got caught in 56 km/hour crosswinds during storm Diana which hit Britain.

Dai Whittingham, chief executive of the UK Flight Safety Committee said that "High winds in themselves are not dangerous but they can certainly be inconvenient, especially if the wind direction is across the runway.” He added that "All pilots train to land in high crosswind conditions and will have practiced to the aircraft limits in the simulator."