Ford worked in Lebanon for more than 20 years. (L'Orient-Le Jour) 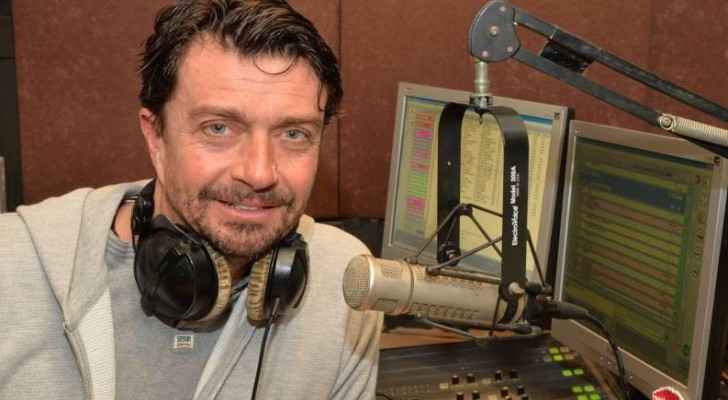 A British radio host has been found murdered at his home in Lebanon, according to the local Daily Star newspaper.

Police discovered the body of Gavin Ford in the town of Beit Meri, east of the capital Beirut, on Tuesday morning, November 27, after he failed to show up at work at Radio One, the station where he presented one of the country’s most popular breakfast shows for more than 20 years.

"We are heartbroken to announce the passing of our dear friend and colleague Gavin Ford. The management and team express our deepest sympathies to his family, friends and colleagues. May his soul rest in peace."

Police have launched an investigation into the incident, in which the circumstances surrounding his death remain unclear.

However, a source from the Internal Security Forces told local Annahar newspaper that "Ford was found dead in his apartment in Broumana as a result of strangulation," adding that "his hands were bound behind his back, his body covered in blood and severe bruising as a result of what appears to be blunt force trauma."

I am shocked and deeply saddened by the death of Gavin Ford, one of Lebanon’s most popular morning breakfast hosts. The thoughts of all at the Embassy are with his family, friends and colleagues at this terribly difficult time. pic.twitter.com/BRzbyPoYUV

“I am shocked and deeply saddened by the death of Gavin Ford, one of Lebanon’s most popular morning breakfast hosts. The thoughts of all at the Embassy are with his family, friends and colleagues at this terribly difficult time.”

A spokesperson at the British Embassy in Lebanon told The Independent newspaper: “We are in contact with the Lebanese authorities following reports of the death of a British man in Beirut, and our staff are providing assistance to his family.”

Over the years, thousands of people tuned in to the show "Gavin Ford in the morning," to listen to the host's "engaging charismatic voice."

I cant remember for how long I've been listening to Gavin Ford in the morning while driving to work.. I've also met him several times through common friends .. So Sad to hear about his death .. RIP Gavin. pic.twitter.com/8lXBoeTf3U

Heartbreaking news:
Radio host Gavin Ford from Radio One was found dead in his appartment in Beit Merri - #Lebanon earlier today.. no words can explain how much you brightened out mornings with your show and impressions and jokes .. ????

I still cannot believe the shocking news ????????????
Yesterday you were shining with so much positiveness and today you are gone !!! Rest in Peace my dear friend and may God bless your beautiful soul ❤️❤️❤️ You will be dearly missed #gavinford #restinpeacemyfriend❤️ pic.twitter.com/dFnKN3L3fb