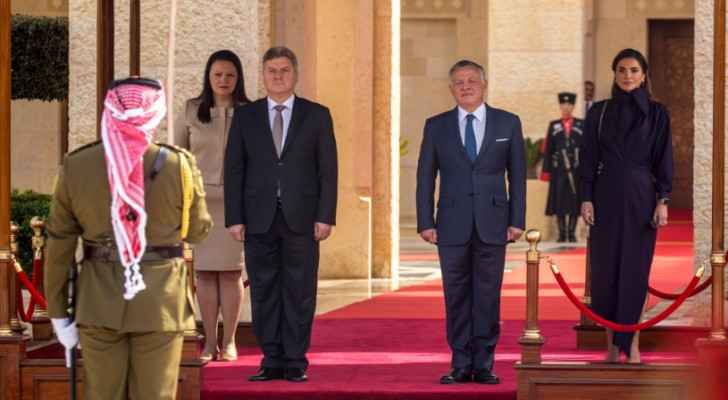 An official welcoming ceremony was held, with the two leaders reviewing the guard of honor as a military band played the national anthems of both Jordan and Macedonia with the presence of Her Majesty Queen Rania Al Abdullah and First Lady of Macedonia, Maja Ivanova.