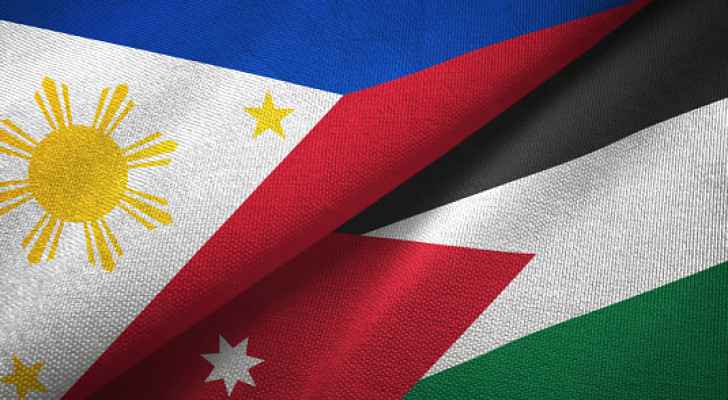 The Philippine ambassador to Amman, Akmed Sakam, said that more than 38,000 Filipinos working in the Kingdom consider Jordan as their second home.

During a ceremony held by his country's embassy in Amman Saturday evening, on the occasion of the 123rd anniversary of the independence of the Philippines, the ambassador stressed the strength of relations between Jordan and Philippines since the formal establishment of diplomatic relations between them.

He referred to the visit of His Majesty King Hussein in March 1976 to the Philippines, noting that relations and visits witnessed development and growth in various fields and at all levels, and that the last visit of Philippine President Rodrigo Duterte to the Kingdom was in Sept. 2018.

He highlighted the important role that His Majesty King Abdullah II leads in combating terrorism and extremism, referring to the Aqaba Meetings initiative launched by His Majesty to combat extremism.

He expressed his country's appreciation for Jordan's support, under the leadership of His Majesty, for the Philippines' efforts and strengthening its ability to combat extremism and terrorism. He added that the Philippines supports Jordan's efforts to achieve peace and stability in the region, within the framework of its commitment to finding a stable and lasting solution to the Israeli Occupation-Palestinian conflict, based on the two-state solution.

He praised the unity of the Filipino community and its cooperation with Jordan in combating the coronavirus pandemic, as this helped the Kingdom achieve its goals in facing the pandemic.