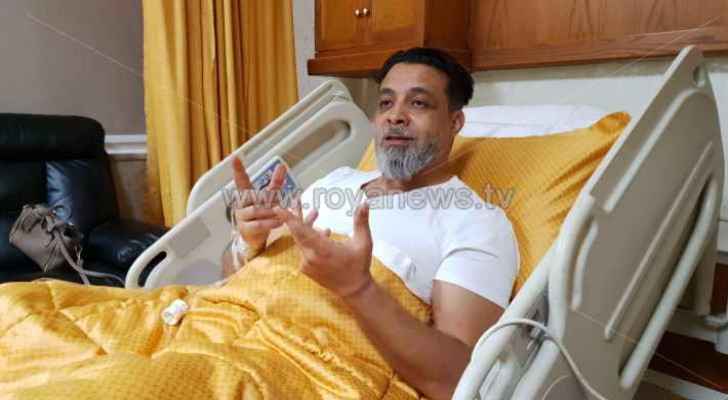 The Directorate of Public Security (PSD) Preventive Security revealed the truth behind Younis Qandil's claims of being kidnapped and assaulted, and referred him to the Attorney General, on Friday 16, November, 2018.

PSD Spokesman, Colonel Amer Al Sartawi, said that the Preventive Security special investigation team followed up on Qandil's kidnapping and assault case to find that it was a fabrication, in partnership with his nephew.

The spokesman added that investigations began since November 9, when they received the report of Younis Qandil's disappearance, the discovery of his abandoned vehicle in northern Amman, finding him later and transferring him to a hospital for treatment after claiming that unknown masked men intercept his vehicle and blocked his way, forced him to stop at gunpoint and took him against his will to a nearby forest where they tied him up and proceeded to torutre him with sharp objects on his back, burning parts of his body, and placing an explosive device on him, then leaving him behind.

The investigation team collected evidence from the location of the vehicle and the place where he was found. The spokesman continued that after all the evidence gathered, the investigators are convinced that the kidnapping was staged.

In the course of the investigation, Preventive Security arrested Qandil's nephew after falling suspect to being directly involved in the case.

During interrogation, the nephew confessed to helping his uncle stage the kidnapping at his request. When Qandil was summoned for interrogation, he denied the accusation but later confessed after he was presented with the evidence and leads collected against his claim.

Both Qandil and his relative have been referred to the Attorney General.