WWF: 60% of wildlife wiped out 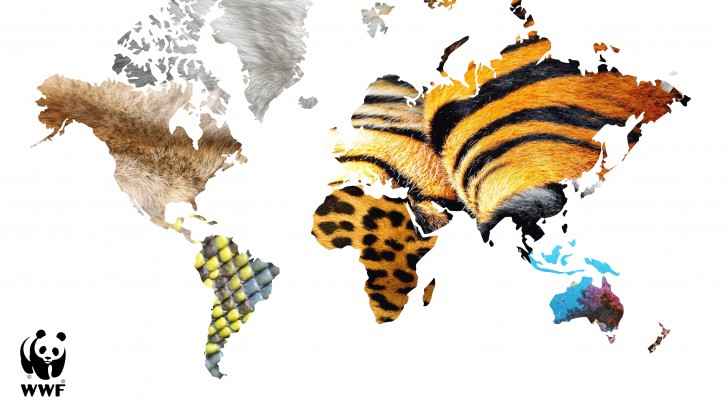 Over the last 44 years, human beings have wiped out 60% of global wildlife populations, according to a newly released report by the World Wildlife Fund (WWF), on Tuesday, October 30, 2018.

Scientists from WWF have been monitoring the decline of wildlife around the world over the last 20 years, and concluded that a wide variety is disappearing fast.

According to the “Living Planet 2018” report, 4,000 species of mammals, reptiles, fish, amphibians and birds plummeted between 1970 and 2014, which calls for protecting the earth and is a sign that nature needs some life support. “It’s mind-blowing. […] We’re talking about 40 years. It’s not even a blink of an eye compared to the history of life on Earth,” Marco Lambertini, the WWF’s director general said, describing the current crisis as “unprecedented.

”  This huge loss in the number of animals is mainly attributed to human activities, such as deforestation, overgrazing, and hunting endangered animals. WWF’s report also shows that only a quarter of land on earth is not severely damaged by human activities, but it is expected to decrease to only tenth of the land by 2025, due to pollution and climate change. The United Nations released a report on climate change, a few weeks ago, through which it warned that coral reefs will be destroyed if global temperatures increase by 1.5 degrees.

“We are sleepwalking towards the edge of a cliff,” Mike Barrett, the executive director of science and conservation at WWF said, adding that “If there was a 60% decline in the human population, that would be equivalent to emptying North America, South America, Africa, Europe, China and Oceania. That is the scale of what we have done.”

The earth is our home, and we have to do extensive efforts towards protecting it from all the factors which cause its damage. Every one of us, including governments, societies and individuals should take part in preserving the planet to help us live longer and better.