Razzaz sincerely thanked those who persevered in the face of the floods to help those in need. (Roya) 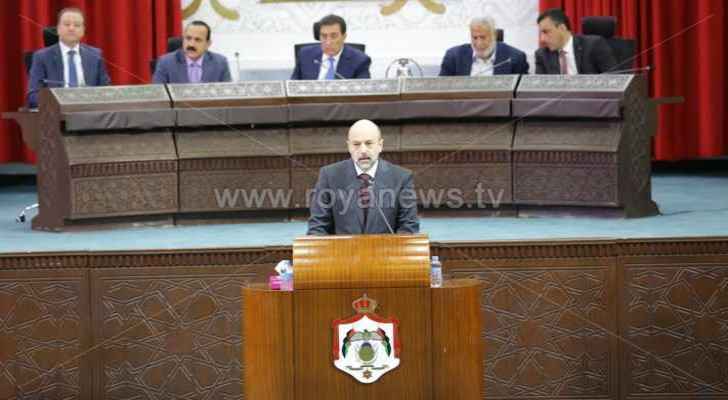 The government has taken full responsibility for the tragic Dead Sea incident, which claimed the lives of 21 children and adults, and left dozens more injured last Thursday, October 25, 2018.

Prime Minister Omar Razzaz said during a parliamentary session dedicated to the formation of a neutral commission of inquiry into the Dead Sea incident on Tuesday, October 30, that it is the government’s duty not to use anyone as a scapegoat or lay the blame on them, and to investigate every angle and aspect of the case to pinpoint all the shortcomings, so that history does not repeat itself.

Razzaz noted that it is successful countries who learn from their mistakes and avoid repeating them twice.

The Premier insisted that those who are found guilty of negligence will be brought to justice, whether they intentionally broke the law, or have failed to perform their job in accordance with the set rules and regulations.

Razzaz also sincerely thanked those who persevered in the face of the floods to help those in need.