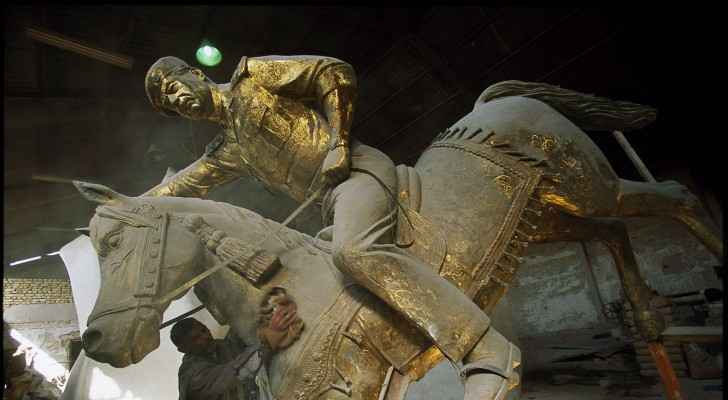 Iraq has asked Jordan to hand over a bronze statue of the former Iraqi President, Saddam Hussein, 15 years after the fall of the regime.

Iraqi informed sources in Amman, told the Kuwaiti newspaper Al-Qabas on Sunday, October 21, 2018, that Jordan had confiscated the statue in 2003 from a US citizen who tried to smuggle it through the Kingdom.

The source added that Jordan had in the past refused to sell the statue, despite the law allowing sale of customs seizures within 3 months of confiscation.

The Iraqi government is now demanding the bronze statue back, as "heir" of Saddam Hussein's government.

Many of Iraq’s stolen property was sold at global auctions since 2003. A different statue of Saddam Hussein was sold for $ 10 million, in 2014.

Amid the 2003 looting of the National Museum of Iraq, thousands of rare artifacts, dating back to different historical periods, were smuggled out of Iraq.

The Jordanian authorities seized hundreds of smuggled antiquities, paintings and figurines which were trafficked through the Kingdom. Jordan and other countries are now returning these archaeological artifacts back to Iraq.

The bronze statue in question is 6 meter in length, depicting Saddam Hussein in his military uniform, riding an Arab horse.

Neither the Iraqi government nor the Jordanian government has commented on the bronze Saddam Hussein statue.

In memory of Saddam Hussein, Jordanian ....