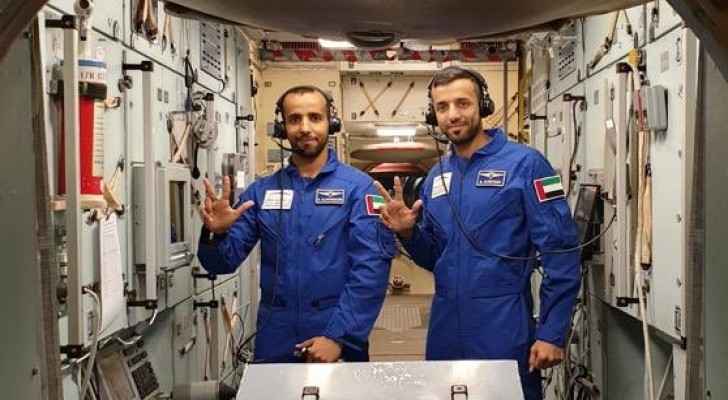 A historic trip in April, 2019 to the International Space Station (ISS), as the first Emirati astronaut will boldly go to become the third Arab to achieve this accomplishment.

Emarati astronauts Hazza Al Mansouri and Sultan Al Neyadi are continuing training at the Yuri Gagarin Cosmonaut Training Center, in Russia. One will be chosen mission leader and the other will sit in reserve.

The countdown has begun and UAE's space dreams are set to be a reality soon. I’m so proud of Sultan Al Niyadi and Hazza Al Mansouri; our nation is looking forward to seeing the first Emirati astronauts onboard the International Space Station on 5th of April 2019. @MBRSpaceCentre pic.twitter.com/eGGZdmEPQq

According to Emirati WAM news agency, the UAE announced last September, in cooperation with the Russian Space Agency Roscosmos, the selection of the two astronauts from 4,000 other young Emirati men and women, from the UAE's Astronaut Program that trains astronauts for scientific missions in outer space.

The two Emarati astronauts selected, have passed through six stages of medical, psychological and advanced testing, and a series of personal interviews, in cooperation with NASA and the advanced medical tests at Roscosmos.

In 1985, the first Arab journeyed to space. Saudi astronaut, Prince Sultan bin Salman, left Earth aboard the space shuttle "Discovery" on June 17,  and spent 7 days in space with other crew members. Their mission was to deploy three communications satellites: Arabsat, the Mexican Morelos satellite, and the US Telstar; as well as a small US satellite for black holes detection and research. Fares set out aboard the Soyuz TM-3, with two Soviet cosmonauts, and returned to Earth 7 days later.