The legal drinking age in Jordan is 18. 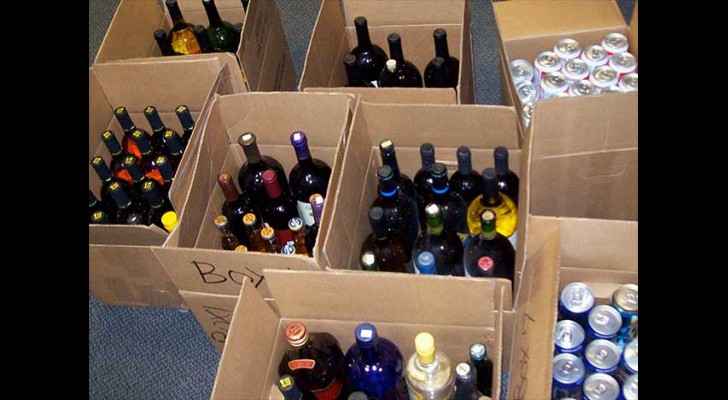 A special security team arrested three people on Wednesday night, who were caught manufacturing alcohol at an apartment in north Amman.

A security source said that the special team received a tip about the homemade alcohol that was being sold to the local market, and following an in-depth investigation, the suspects were identified and detained.

The source added that two of the suspects were Jordanian, while the other one was from an Arab nationality, without disclosing which one.

Al-Raqab argued that “alcohol is forbidden in Islam and allowing breweries to make it in our country goes against our religion. Alcohol must be banned in Jordan.”

While a large chunk of Jordanian social media patted the MP on the back for his comments, another group of people criticised him for his “ignorance and delusion.”

The second group argued that since Jordan, a Muslim-majority country, has a Christian population and tourists flooding in, alcohol should be served in bars, restaurants and hotels.

The same pro-alcohol group pointed out that “many Muslims consume alcohol in the Kingdom as well as Christians,” which, they said, is “the reason why bars are always full.”

The legal drinking age in Jordan is 18 and an ID must be presented when ordering or purchasing alcohol.

Alcohol is sold at independent bars and restaurants, hotels and in liquor stores across the Kingdom, and it is a very lucrative business in Jordan.