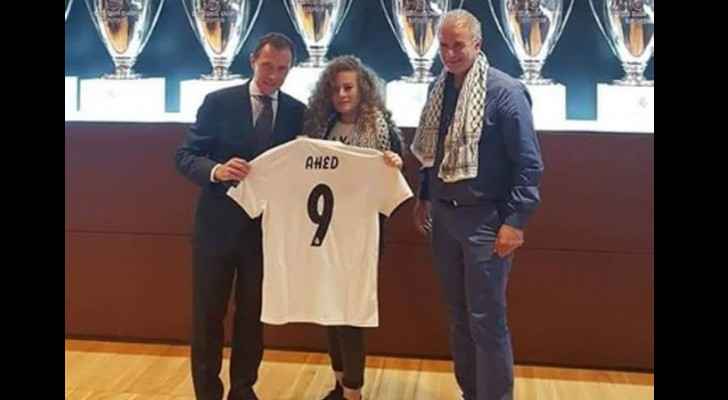 According to various Spanish press platforms, the 17 year-old met with Emilio Butragueño, a former Real Madrid player and its Director of Institutional Relations. She was presented with an honorary Real Madrid shirt with her name imprinted on it along with the number 9 at the Santiago Bernabéu Stadium; a football stadium in Madrid, Spain.

Tamimi received wide international solidarity during her military court trial –and later imprisonment– after slapping an Israeli soldier in December 2017. Tamimi served an eight-month sentence in Israeli prisons and was released on July 29, 2018.

During her week-long stay in Spain with her family, Tamimi met with Charlotte Kates, coordinator of Samidoun (international organization supporting Palestinian prisoners) and Manu Pineda, secretary of International Relations of the Communist Party of Spain.