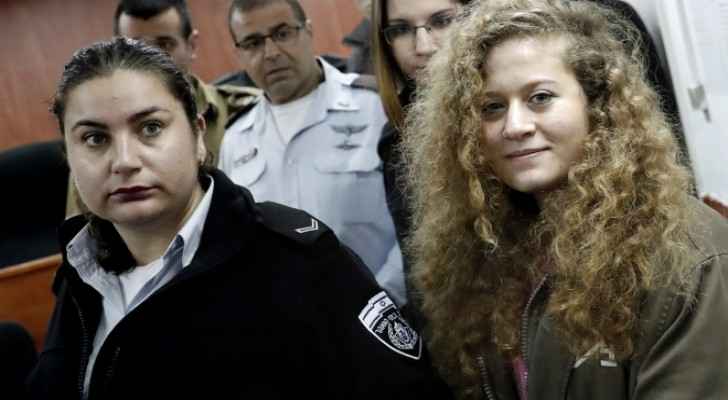 The release date of Ahed Tamimi is confirmed to be tomorrow, Sunday, July 29, 2018.

Tamini, who is considered a Palestinian icon of occupation resistance, was sentenced to eight months. The Israeli court found her guilty of assaulting an Israeli officer after a video footage of her kicking and slapping an Israeli soldier went viral.

Last week, her father Bassem Tamimi, told Anadolu Agency that his daughter is to be likely released on Sunday. This date is now officially confirmed and a press conference is expected to take place at Tamimi’s residence once she reaches her home in Nabi Salih, Ramallah.

Tamimi's lawyer, Gaby Lasky, tweeted on Thursday that she just received the confirmation of Ahed's release along with her mother Nariman.

The teenager, who spent her 17th birthday behind bars, has become a symbol of freedom both regionally and internationally. Italian Jorit Agoch painted a huge mural (four meters high) of Tamimi on the Separation Wall in the occupied West Bank on Wednesday, July 25, 2018. Palestinian shot dead by IOF after stabbing attack which ....

Palestinian shot dead by IOF after ....