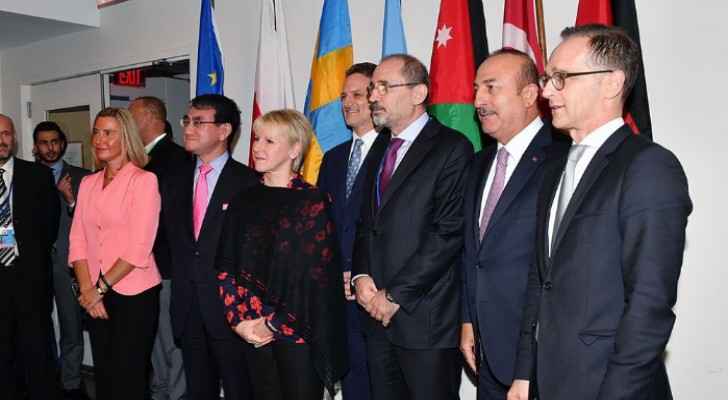 Bulgarian Deputy Prime Minister for Judicial Reform to Prime Minister and Foreign Affairs Minister, Ekaterina Zaharieva, tweeted about her meeting with Safadi, stating that the two agreed on exploring the opportunities to boost the trade and business relations between our Bulgaria and Jordan.

Today I discussed the situation in #Syria with #Jordan FM @AymanHsafadi. We agreed to organize a bilateral visits in #Bulgaria and #Jordan, exploring the opportunities to boost the #trade and #business relations between our countries. pic.twitter.com/REXvhMCtSZ

In his meetings, Safadi discussed the latest developments in the Middle East with his counterparts where he emphasized the importance of the UN Relief and the Works Agency for Palestine Refugees in the Middle East (UNRWA) and the urgent need to maximize efforts in order to aid its financial status.

The Jordanian FM also highlighted the need of breaking the deadlock in the Palestinian-Israeli peace process and the importance of the two-state solution which ensures the establishment of an independent Palestinian state on the pre-June 1967 borders with East Jerusalem as its capital. Safadi also emphasized the need for a political solution to resolve the Syrian conflict in accordance with the UN Security Council Resolution No. 2254 and the Geneva Process.