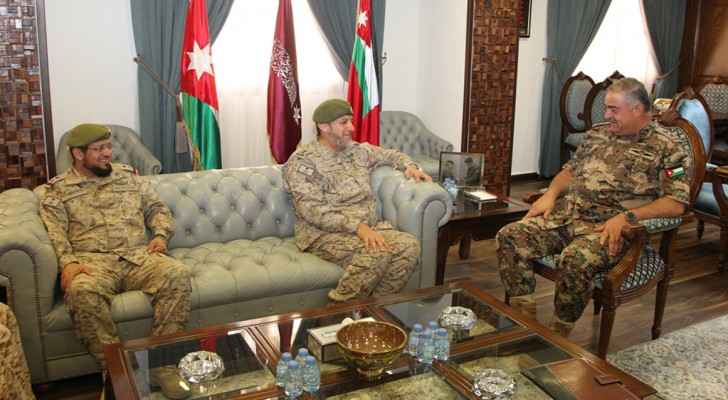 The meeting, which took place at Freihat’s office in the General Command, discussed ways of strengthening the bilateral ties between Jordan and Saudi Arabia as well as means of cooperation related to the Armed forces.

The meeting was attended by Mufti of the Jordan Armed Forces-Arab Army Brigadier General Majed Darawsheh.