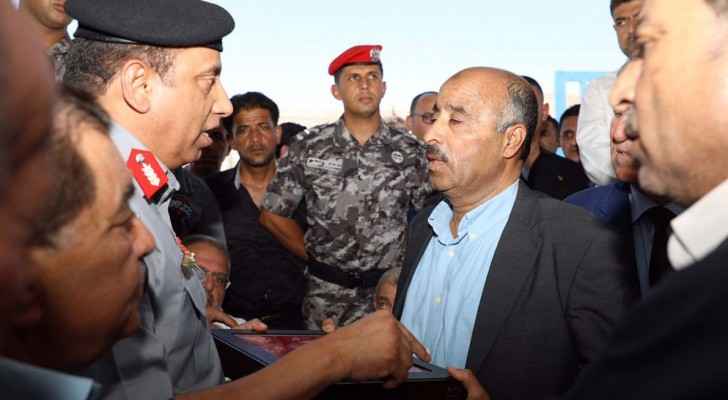 Representing His Majesty King Abdullah II, Supreme Commander of the Jordan Armed Forces-Arab Army, the Director of the General Directorate of Gendarmes, Hussein Hawatmeh, attended the funeral of martyr Zu'bi.

Zu'bi, who passed away on Monday evening as a result of his injury in the terrorist bombing incident that targeted a joint patrol of the Gendarmerie and Public Security Forces in the city of Fuhais, was carried in the streets of Ramtha's Thunaiba on the shoulders of comrades wrapped in Jordanian flag.

Hawatmeh conveyed His Majesty’s condolences to Zu'bi’s direct and extended family, stressing that Corporal Zu’bi will remain a symbol of heroism, immortal with the martyrs who bravely protected the country against those who wish to harm our Kingdom’s security and stability.

Zu'bi’s father said that his son has honorably sacrificed his life in defending his land against evilness. He called on God to protect Jordan, the Supreme Commander of the Jordan Armed Forces-Arab Army and members of the Armed Forces and the Security Services.

The funeral ceremony was attended by many senior officials, officers from the Jordanian Armed Forces and Security Services, as well as citizens of Ramtha and Jordan as a whole.

Britain and the world say farewell to ....