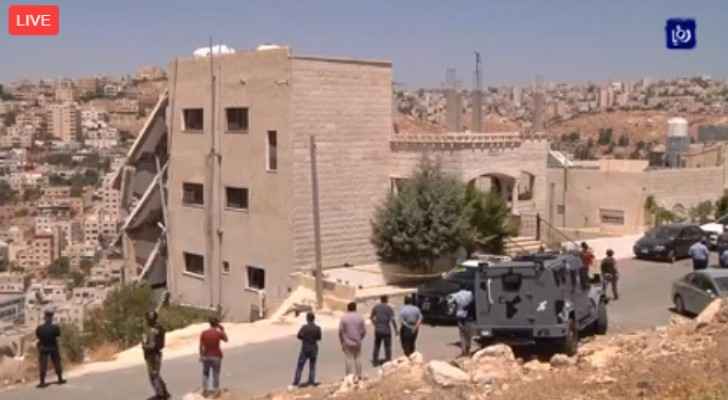 Official authorities are now preparing to demolish the building in which terrorists were raided by Jordanian joint forces yesterday at night. The raid resulted in four suspects being arrested in the Nagb Al Dabbour area, Salt.

Minister of State for Media Affairs and Government Spokesperson, Jumana Ghunaimat, announced the building, where terrorists had been holed up, is to be demolished in order to avoid the risk of a sudden collapse.

For their own safety, Ghunaimat urged nearby residents to stay away from the site until the operation is done.