The house where the suspects were hiding in Salt city. (Roya) 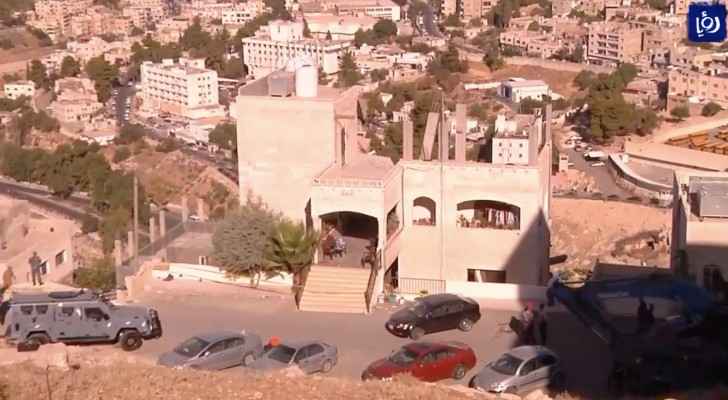 Security forces and the suspects involved in the Fuheis attack exchanged heavy fire in the city of Salt on Saturday night, which lasted until the early hours of Sunday.

As the Salt raid almost came to an end, the security forces arrested five suspects, while three bodies were pulled from the rubble of the building where the suspects were hiding, Jumana Ghunaimat, Minister of State for Media Affairs and Government Spokesperson, said on Sunday.

Part of the building exploded during the raid, which is said to have been detonated by one of the suspects. The Salt municipality said that it will be demolishing the house once the operation has completely ended.

Ghunaimat said that the security forces were able to rescue one of their own during the raid, adding that his health condition is critical. Sadly, four officers died during the raid last night, while 24 civilians and officers were injured.

The Salt operation is ongoing to ensure that the lives of civilians in the surrounding area are not in any danger.