Wife of Syrian President Bashar al-Assad, has been diagnosed with breast cancer. 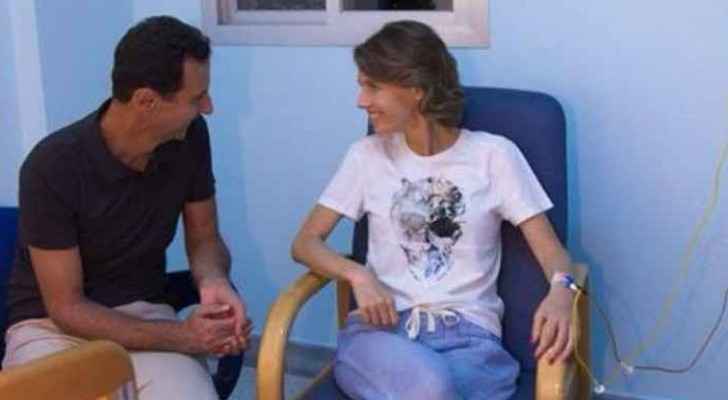 Asma al-Assad, the wife of Syrian President Bashar al-Assad, has been diagnosed with breast cancer.
The First Lady is currently receiving treatment for an early-stage malignant tumour, the Syrian Presidency office announced in a tweet on Wednesday.

“With strength, confidence and faith, Mrs Asma al-Assad begins the first stage of treatment for a malignant breast tumour that was discovered early.... the Presidency and its team wish Mrs Asma a speedy recovery,” the tweet read.

The tweet was accompanied by a photograph of the First Lady and her husband, who was smiling at her while she received treatment at a military hospital in Damascus.

In her first official statement since the news broke out, Mrs Asma said that she is “determined to defeat cancer,” adding that she draws her strength from the great Syrian people “who taught the world the meaning of strength and the ability to face difficulties head on.”

Born and raised in London, Mrs Asma was an investment banker in the UK before moving to Syria in 2000, where she married former ophthalmologist Bashar al-Assad.