During Cabinet members meeting on Monday. 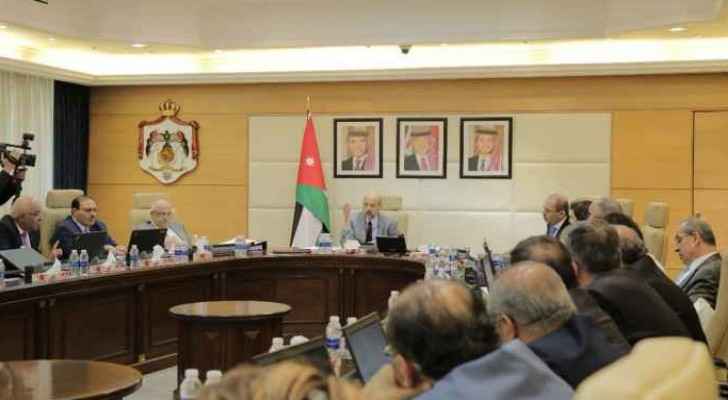 The draft law comes in line with Razzaz’s promise to achieve political, social, and financial reforms, as it addresses the current pension system, particularly that which is profited by ministers.

In the new bill, ministers are not to receive retirement pensions if the period of their public service did not exceed seven years by the time they retire. However, they can opt in –and accordingly benefit from– the services provided by the Jordanian Social Security system.

The draft law also aims at regulating retirements of office employees in the executive and judicial sectors, in order to ensure justice and equality in serving the public interest, Petra news agency reported on Tuesday.

Special amendments in the bill take widowed and divorced women into consideration as well, as they will be able to get married for a second time without having their dead husbands’ or fathers’ pension-allowance shares affected.

The bill also allows spouses to combine their pensions, while either husband or wife can add their deceased spouse’s retirement to their salary.

Excluded from the bill are civil and military retirees who return to service after the bill comes into effect. Judges and civil servants are also excluded if they are appointed after the bill, as they will be subject to the Social Security Law.