Council of Ministers during a meeting. 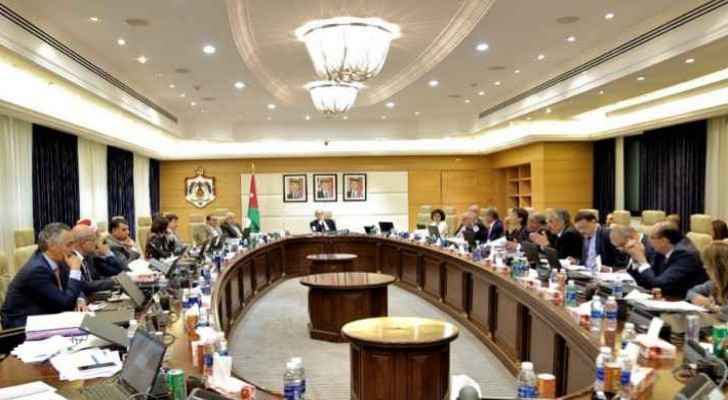 All the ministers have completed the procedures of resigning from companies to which they are members or to which they preside on the board of directors, the government announced on Thursday.

The announcement comes one week after PM Omar Razzaz and his Cabinet were sworn in the Husseiniya Palace and is based on an official letter from the Minister of Industry, Trade and Supply, Tariq Hammouri.

In it, Hammouri addresses the PM, verifying that the relevant companies have accepted the ministerial resignations and made announcements on their respective websites.

In order to prevent conflict of interest during the their time of tenure, ministers are compelled by Article 44 of the Jordanian constitution to resign from companies to which they hold membership and are prohibited to join new companies.

The article states: “No Minister shall purchase or lease any Government property even if the sale or lease thereof has been offered in a public auction. He shall not, while holding his ministerial post, become a member of the board of directors of any company or take part in any financial transaction or receive a salary from any company.”

Additionally, Razzaz confirmed that the ministers had also submited their financial disclosures in accordance with the 2014 Illicit Gains Law.

A Royal Decree was issued a day before, summoning the Parliament to convene for an extraordinary session as of July 9, to discuss the policy statement of the newly formed government and eventually give the Cabinet a vote of confidence.