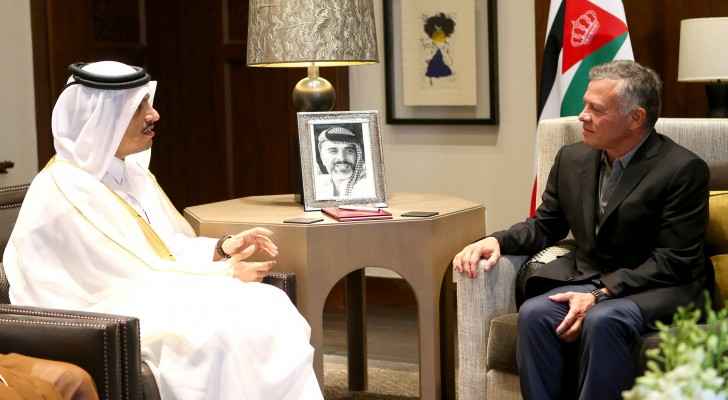 His pledge was made during an official visit to Al Husseiniya Palace, west of the capital Amman, where he met with King Abdullah to discuss bilateral ties and ways to bolster cooperation.

Sheikh Mohammed asserted that Qatar will extend a USD 500 million investment package, which will be spent on infrastructure projects.

Current regional issues and the importance of holistic efforts toward fighting terrorism were also among the topics discussed.

The visit comes days after Kuwait, Saudi Arabia and the UAE offered USD 2.5 billion in aid to help Jordan overcome its economic crisis.

On the Jordanian side, attendees of the meeting included Royal Hashemite Court Chief Fayez Tarawneh, Foreign Minister in-charge Ayman Safadi, Adviser to His Majesty and Director of the Office of His Majesty Manar Dabbas, and Adviser to His Majesty for Economic Affairs Mohamad Al Ississ. Meanwhile, Sheikh Mohammed was joined by Qatari Finance Minister Ali Shareef Al Emadi.

More than 8,000 employees face termination of services due ....