Hospitals are on strike on Wednesday. 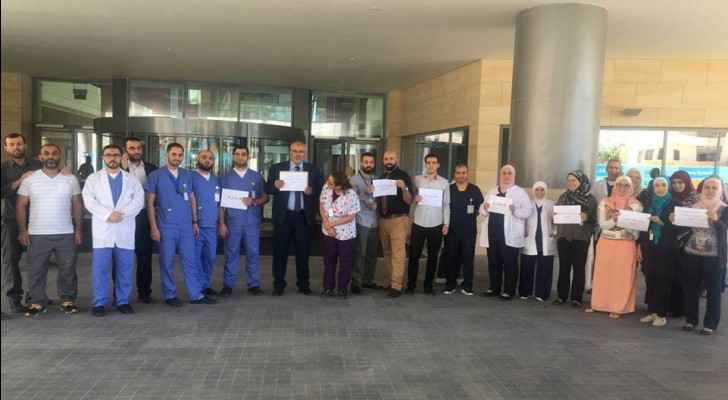 Public hospitals, including university hospitals, have joined the organized strike against the Income Tax Bill that was announced by the Unions’ Council on Monday and endorsed by numerous associations including pharmacists, dentists and doctors. King Hussein Cancer Center was among the first medical institutions to witness its staff walking out en masse on Wednesday. A great number of medical staff were in the courtyard holding placards. About a kilometer away, Jordan University Hospital (JUH) was also on strike and temporarily stopped receiving patients, leaving its waiting rooms empty. JUH medical staff were holding placards and protested in unison. King Abdullah University Hospital (KAUH), situated just outside the city of Irbid, also took part in the strike, as its staff stood in front of the largest and only fully computerised hospital in the north. Princess Basma Hospital, another public hospital in Irbid was also part of the strike. Situation in hospitals 'under control': Health ....

Situation in hospitals 'under control': Health ....

Situation in hospitals 'under control': ....