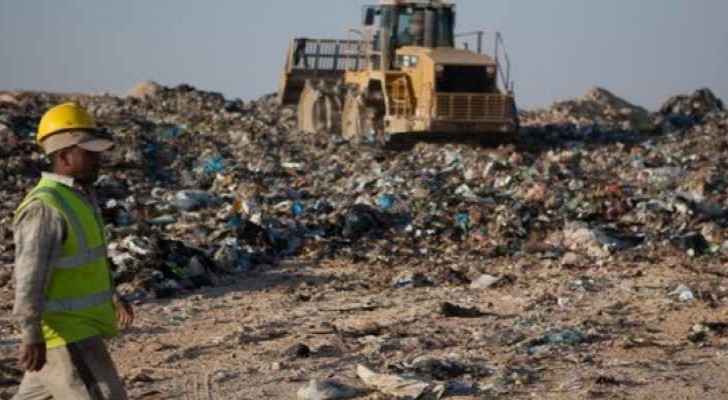 Greater Amman Municipality (GAM) has disposed of 35,000 tons of waste since the beginning of Ramadan, the municipality announced on Saturday. The daily average of 3,500 tons during the first third of the holy month exceeds last year’s average by 200 tons per day.

Yousef Dalabeeh, GAM's executive director for environment, asserted GAM teams worked around the clock and called on citizens to cooperate with them by disposing waste only in the specified locations around the time the vehicles came to pick up the trash.

He stressed that GAM aims to provide an suitable working environment for its workers, especially in the holy month of Ramadan. Dalabeeh pointed out that citizens can leave their feedback or express their concerns in person, via telephone or through GAM’s website.

The waste collected from Amman is sent to Al Ghabawi landfill site which is considered to be the largest landfill in Jordan serving Amman and 10 other major cities.

According to EcoMENA the per capita waste generation In Jordan is 0.9 kg per day, where Amman accounts for almost half of the total solid waste generated in the kingdom.

GAM to start producing electricity from waste next ....

GAM to start producing electricity from ....