The Unions' Council meeting was held on Wednesday. 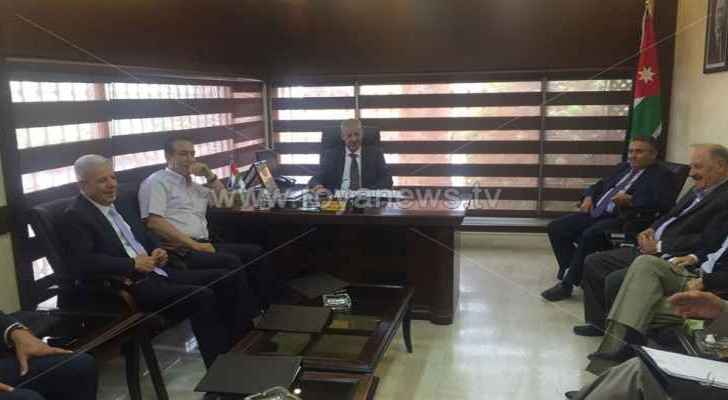 The recently elected President of Jordan Engineers Association (JEA), Ahmad Samara Zoubi, asserted in a unions’ council meeting held on Wednesday, that the provisions in the Income Tax Bill, that was adopted by the Cabinet a couple of days ago, were an attack on the rights of citizens.

Zoubi insisted that presenting the bill as part of an economic reform was false, adding that the public has to limit the government’s dependence on citizens’ pockets.

Unions’ Council President, Ali Abous expressed his fear of the erosion of the middle class and dubbed the bill “a danger to society,” adding that unions must take a firm stance and make their voices heard.

Jordan Pharmacists Association President, Zeid Kilani, called the government’s decisions “catastrophic” and described them as an attack on the private sector.

Furthermore, the Writers’ Association President, Mahmoud Dmour expressed that the bill was prescribed by international institutions under the pretense of improving Jordan’s economy but in effect starved citizens and created a divide between them and the state.

Meanwhile, Jordan Bar Association President, Mazen Irshadat, told Roya that the bill was a recipe concocted by the International Monetary Fund, adding that the Bar Association will incite people to escalate their protest against the law.

"Even though we will celebrate Independence Day on Friday, unfortunately we are not independent internally because of the interventions of the IMF," Irshedat added.