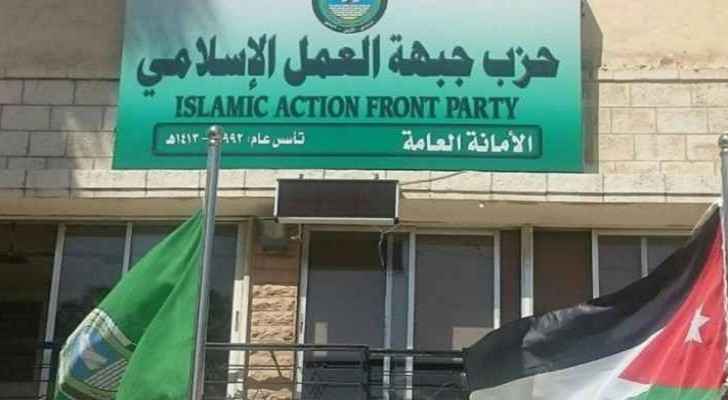 The Islamic Action Front (IAF) on Sunday rejected the Income Tax Bill that was announced by the government last week.

In a statement, the political party called on the Cabinet to “withdraw the current draft, open a community dialogue and hold an economic conference that brings to the table various segments of Jordanian society to "domestically solve the ongoing crippling economic crisis sweeping across the country, without the influence of international prescriptions."

The party asserted that all sectors, including manufacturing, industrial and commercial, in addition to labor unions and syndicates opposed the bill. According to the IAF, the bill was written without taking into account the economic reality facing citizens and local industries but rather yields to pressure of the International Monetary Fund (IMF).

Furthermore, the bill was a sign of the government’s ongoing failure to address economic challenges as growth has stagnated, unemployment rates have soared and salaries have not matched the pace of rising prices, the statement pointed out.

The IAF criticised the current economic policies as means to exacerbate societal problems and anger citizens, which is not a situation the government should get into, in light of the domestic and external challenges and pressures facing Jordan.

Opinion: The day Jordan’s fear of leftist politics was ....